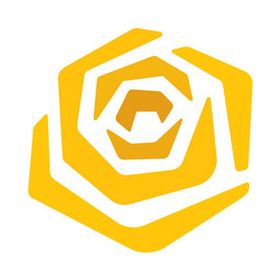 Both brands’ previous logos will be retired and replaced by a new Marvin logo, including a version of the company’s yellow rose emblem that officials suggest is “modern yet still recognizable” by those familiar with the existing brand. The symbol was first introduced in 1968, as a representation for products “built for Northern winters and Southern hospitality,” officials say, supporting the notion that “a rose can’t flourish indoors without the ideal environment that windows and doors provide,” a company press release suggests.

(The old logo and branding for Marvin Windows and Doors)

Changes will not affect manufacturing, distribution or any other matters of business, company officials tell DWM, but there will be a consolidation and reorganization of product portfolios. Going forward, the company’s products will be sorted into three collections: Signature (including products previously known as Marvin Contemporary Studio, as well as the existing Marvin Ultimate and Marvin Modern lines), Elevate (products previously known as Integrity Wood-Ultrex) and Essential (products previously known as Integrity All-Ultrex). Regarding the company’s replacement line of products, know as Infinity by Marvin, “With a different channel and a little bit of a different business approach, we will spend time evaluating what the right move for that is in the future,” says Brett Boyum, the company’s vice president of brand and user experience. For now, however, the brand will remain as is.

(The new logo, representing all product lines going forward under a unified brand)

Regarding the timing for the company’s decision to rebrand, there was an epiphany of sorts, Boyum says, as company officials came to realize, “We should be really listening to what the market’s telling us, what our business strategy is telling us, what the homeowner [and] trade customers are telling us,” he says. “They want it to be easy. And so, for us, it was having two or three different brands, yet trying to locate them on the same website, and tell a different brand story, yet also still trying to tie them to Marvin. It could get confusing and complicated for a homeowner who is maybe just initiating the process of trying to educate themselves around windows and doors.”

In the past, the company’s website was a “one-stop” for its brands, Boyum says, “but they would come there and they would see multiple brands, and they’d have to try to figure out, ‘Do I look at this brand first, or that brand first?’” Going forward, visitors to Marvin’s website and product displays will now be greeted by a single brand with various product lines, each with its own value proposition, he says.

The company will work with its dealers in order to update showrooms to reflect the new brand—the majority of whichalready have access to the full lineup of existing products. For this reason, the transition among dealers and their showrooms will mostly entail redesigning signage to include the company’s new logo and other brand elements, Boyum says.When asked if the company plans to provide financial assistance for implementing those changes, “We have existing programs that we’ll leverage,” he says. “In years past, if that program was used for some other marketing effort, we’ve really tried to channel those dollars or those efforts into supporting this transition, so it’s a shared opportunity.”

The company is developing modifications that can be used to update existing displays, he says, to prevent the need for replacement.